36 port business and logistics projects in Caofeidian, Hebei have signed contracts with an estimated annual trade volume of over 80 billion yuan 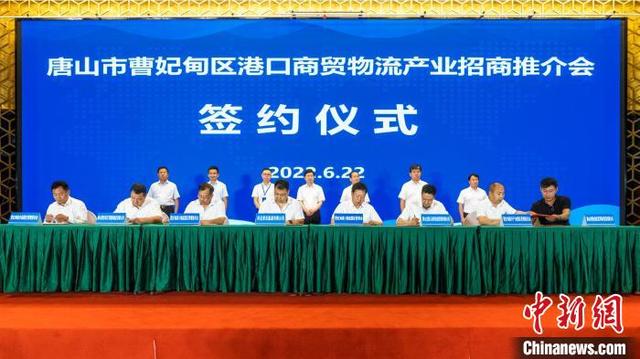 Hou Xu, secretary of the Caofeidian District Party Committee, said that since this year, Caofeidian has coordinated epidemic prevention and control and economic and social development, and has maintained a good trend of bucking the trend and improving quality and efficiency. Fixed asset investment, general public budget revenue, total import and export value, etc. The total amount of the three indicators ranked first in Hebei Province, and other major economic indicators also achieved high growth, ranking at the forefront of Hebei, and the development momentum of Xianghai is increasingly strong.

Caofeidian is located in the center of the Bohai Bay, with ports connected to the four seas and adjacent to Beijing and Tianjin. It is an emerging coastal port city.There are many "national brand" golden signs such as free trade zone, comprehensive bonded zone, cross-border e-commerce comprehensive pilot zone, etc., which plays an important role in the national strategy of coordinated development of Beijing-Tianjin-Hebei and the "Belt and Road" initiative.