According to a report by China News Agency, on April 12, 26 tons of blood oranges took a cold chain truck from Macao Village, Qingliu Town, Rongchang District, Chongqing City, and will be exported to Singapore through the new land-sea channel and high seas through Qinzhou, Guangxi. The whole journey takes about six days. 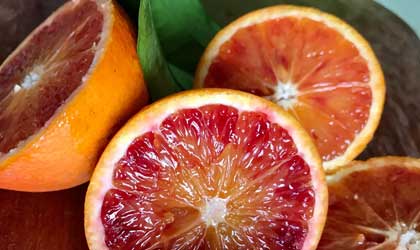 "Blood oranges have a good market in Singapore and other Southeast Asian countries. We shipped a ton of blood oranges to each other in early March this year, and the response was good," said Qin Zhaohong, head of Chongqing Zhaohong Agriculture.This is the second time he has cooperated with a fruit distributor in Singapore. The order volume has soared and the trend is improving.

Fruit dealers in Singapore said that they had previously imported blood oranges from the United States and Egypt. Through industry insiders, they had a new understanding of blood oranges from Chongqing, China, and would conduct in-depth cooperation.

Qin Zhaohong introduced that there are countless small links in the picking, cleaning, grading, loading and other major links of blood oranges, and a small scratch will have a catastrophic impact on subsequent storage and transportation.

In terms of transportation, in the past, the export of blood oranges would go through many times of changing boxes and loading and unloading, resulting in damage to the goods.The person in charge of the operation of the new land-sea channel in Chongqing introduced that this time, the "one box to the end" high-sea combined transport method was adopted. Under the condition that the original transit time remains unchanged, the goods only need to be loaded and unloaded one by one, which reduces the loss and saves the cost of loading.

According to another report, on April 11, the China-Singapore Interconnection Project was held in Chongqing and Singapore in a combination of online and offline methods.This is the third inter-governmental cooperation project between mainland China and Singapore. The signing includes two inter-governmental cooperation projects; 20 commercial cooperation projects with a contract value of 250 million US dollars (about 1.592 billion yuan); eight cross-border financing projects The contract amount is 1.57 billion US dollars (about 9.995 billion yuan), which includes promoting Chongqing and western tea products, high-quality fruits, specialty foods, etc. to enter the ASEAN markets such as Singapore.