The write-off rate exceeds 94%. Why are Chengdu consumer coupons so "burning"?

Since its launch on May 20, Chengdu has successively issued 4 waves of offline consumer coupons. The issuance of consumer coupons can not only allow consumers to enjoy real benefits, but also help related industries and businesses create demand and increase revenue.

A few days ago, China UnionPay Sichuan Branch released the transcript of the first stage of “520” consumer coupons in Chengdu to promote consumption (ie, offline consumer coupons). Among the several key data, the situation of citizen registration, business registration, and coupon write-off is eye-catching, especially the write-off rate, which reached 94.27% of offline consumption coupons. 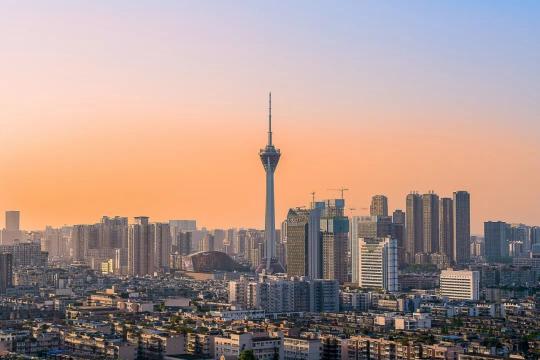 Implementing the spirit of the 12th Party Congress of Sichuan Province, Chengdu, in accordance with the requirements of "the epidemic must be prevented, the economy must be stabilized, and the development must be safe", uses the vitality of consumption to effectively stimulate investment, promote economic recovery growth, and stabilize the economy. Big market.

It reflects the "love life" of Chengdu people

Behind the over 90% write-off rate

On May 20, the homophonic pronunciation of "I love you", this year, Chengdu, with "520" as the brand, launched a consumption promotion activity.

As one of the main contents, the first stage of Chengdu's "520" consumer coupons to promote consumption is mainly to issue consumer coupons for offline scenarios. According to the introduction of China UnionPay Sichuan Branch, the first phase lasted from May 20 to June 16, and a total of 4 waves of consumer coupons were issued, all of which were received within 5 minutes.

"The cumulative number of visitors to the event page has reached 18 million, and the number of simultaneous online users in a single wave has exceeded 3 million." The relevant person in charge of China UnionPay Sichuan Branch revealed.

In terms of gender, there are 293,700 more women than men. In terms of age, residents between the ages of 25 and 50 are the main group of participants, of which the 30-40-year-old group accounts for the largest proportion, reaching 34.2%; the population over the age of 50 accounts for about 10%, and the public is active in rushing for coupons.

It's not just citizens who are enthusiastic.

As of June 16, among the nearly 20,000 market entities that have successfully signed up, 13,597 brands and 32,005 stores are involved, and tens of thousands of market entities have signed up through online channels.

Interestingly, according to the industry classification, retail stores account for 66.76%, catering stores account for 30.62%, and there are also gas stations - in the past month, "refueling with consumer coupons" has indeed become a trend in Chengdu.

There are more small and micro enterprises, looking forward to finding consumer confidence from the "520" consumer coupon activity in Chengdu.

It reflects the distinctive "consumption characteristics" of Chengdu

Chengdu is a city with distinct "consumption characteristics".

A write-off rate of over 90% means that the higher the monetization rate of consumer coupons, the stronger the ability to "carry goods", which reflects the economic vitality and characteristics of the city to a certain extent.

Chengdu has been established and prospered by business since ancient times. As a "millennium commercial capital", Chengdu has a strong commercial atmosphere and a unique, rich and highly integrated consumer culture. The "life city", "park city" and "leisure capital" have become the unique cultural identity and soft power of Chengdu, and it has the ability to build an international The profound heritage of the consumption center city.

Following that, in the report of the 14th Party Congress of the city, "optimizing and improving modern service industry", "building an international consumption center city", "improving quality and building Chunxi Road, Jiaozi Park, Rongbei, Xibo City and other high-quality products" Key words such as “business district” are also frequently mentioned. The relevant person in charge of the Municipal Bureau of Commerce said that the construction of a park city demonstration area that implements the new development concept will profoundly change the city's strategic position, regional energy level and development pattern. , lead consumption trends, promote consumption upgrades, and polish the distinctive identity of Chengdu as an international consumption center city.

Since ancient times, Chengdu's enthusiasm for consumption has never diminished. However, a vibrant city is never confined to the stereotypes of history, but knows how to give full play to its strengths and keep pace with the times.

From the issuance of offline consumption coupons to the digital RMB consumption coupons that are being issued in the "new", and then to the "2022 Park City Green Consumption Promotion Activity" in full swing... the "tentacles" of Chengdu's consumption vitality, directly reaching offline and online , and also pay attention to green and low-carbon. It is understood that there are more consumption promotion activities in Chengdu. Under the premise of normalizing epidemic prevention and control, offline consumption coupons will continue to be issued in July; at the same time, Chengdu will also seize the summer consumption promotion in July and August. At a favorable time, the 2022 Chengdu Outdoor Music and Beer Season event is held. The purpose is to stimulate consumption vitality through the combination of summer food and beer, with various wonderful performances, linking tourism, catering and other related industries.