On the 60th anniversary of the establishment of the district, the economic and social development of Xuecheng in Zaozhuang has achieved leapfrog development

On June 21, Xuecheng in Zaozhuang held a press conference on the 60th anniversary of the establishment of Xuecheng District in the lecture hall of the railway guerrilla party education base. Cai Xianxian, member of the party group and deputy director of the Development and Reform Bureau of Xuecheng District, and full-time deputy director of the District Xindong Office, introduced the great changes in the economy and society and answered questions from reporters. 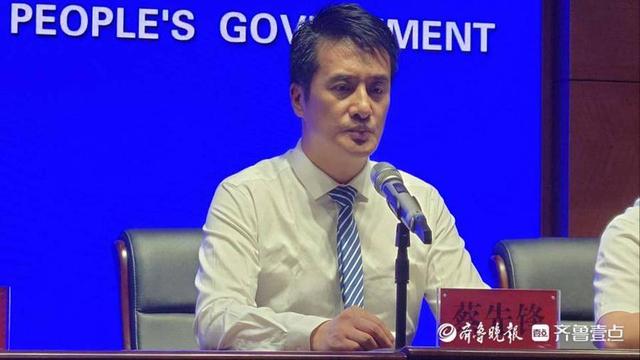 Cai Xianfeng introduced that the economic scale of Xuecheng District is expanding. In the early days of the establishment of the district in 1962, the total industrial and agricultural output value of the district was only about 50 million yuan; in the early stage of reform and opening up in 1980, the district’s industrial and agricultural output value was about 190 million yuan; The total amount has reached a new level "step by step". Especially in the past two decades, the economic scale has gradually changed from quantitative improvement to qualitative leap. In 2000, 2010, and 2021, the regional GDP was 2.29 billion yuan, 9.9 billion yuan, and 28.67 billion yuan respectively, achieving leapfrog development. ; In recent years, the industrial structure of Xuecheng District has undergone profound changes, and the industry and service industries have developed rapidly. In 2000, the tertiary industry structure was 17.4:53.1:29.5, and the secondary industry accounted for the first. In 2020, the three industrial structures will be changed to 5.9:35.4:58.7, the industrial structure will be changed from "231" to "321", and the service industry will become the main driving force for GDP growth. By the end of 2021, there will be 82 industrial enterprises above designated size in the region, 40 enterprises with tax payment over one million yuan, 10 enterprises over ten million yuan, and 35 service enterprises above designated size. The "four new" economic added value accounts for 19% of GDP, and the output value of high-tech industries accounts for 16% of the total industrial output value.

The reporter learned from the press conference that the population of Xuecheng District will increase from 236,000 in 1962 to 486,000 in 2021, and the proportion of the urban population will increase from 20% in 1962 to 70.76% in 2021. Especially in recent years, the urban and rural construction of Xuecheng District is in full swing, the city image is better, the function is more complete, and the quality is higher. During the "Thirteenth Five-Year Plan" period, 5.48 million square meters of new commercial buildings were built in the whole district, and the cumulative investment in urban infrastructure was 2.47 billion yuan; the cumulative afforestation area was 39,600 mu, the urban green coverage rate reached 43.92%, and the built-up area expanded to 40.6 square kilometers. It has successfully established a National Sanitary City, a National Garden City, and a Provincial Demonstration Zone for Ecological Civilization Construction, and was awarded the first batch of pilot zones for urban-rural integrated development in the province.

Cai Xianfeng said that the structure of industrial projects in Xuecheng District has been continuously optimized, and the previous resource-based and extensive type has gradually been upgraded and transformed into a technology-based and intensive type. Especially since the national "double carbon" policy, the construction of "two high" projects has been strictly controlled. A number of high-end chemical, intelligent manufacturing, new building materials, modern logistics, modern agriculture, cultural tourism and health care projects have been put into operation one after another, the industrial chain has been continuously improved, and new industries and new kinetic energy are emerging. At present, the operating income of Xuecheng Chemical Industrial Park in 2011 reached 14.16 billion yuan, and 8 new fine chemical projects have been launched. Xuecheng Energy has become the second enterprise in the city with an operating income of over 10 billion yuan. The first phase of the Tsingtao Brewery (Zaozhuang) factory was completed and put into trial production. The O.R.G. cans, Hexing Smart Packaging, and Tsingtao Brewery Smart Logistics Park were accelerated, and the beer industry chain took shape. Yuantong Paper started the construction of a paper industry park, fully restored production capacity, and realized the nirvana of the phoenix. Zhongli Intelligent Control Valve, Yinshun Benpeng Automatic Assembly Line, and Dingxiang Green Building Materials Phase I were completed and put into production. The general berth in the Xuecheng operation area of ​​Zaozhuang Port was completed and put into use, and the annual throughput capacity was increased to 10 million tons. Five new financial institutions such as Hengfeng Bank and Tianfeng Securities have been introduced, and the Alibaba Cross-border E-commerce Industrial Park has been completed and put into operation. The new kinetic energy is accelerating its growth.