On June 16, the A-share market fluctuated and corrected, and the Shanghai Composite Index, Shenzhen Component Index, and ChiNext Index closed overcast for three consecutive trading days. The market has fluctuated repeatedly, and public offering institutions have warned of risks. However, a reporter from China Securities News learned that in the face of market fluctuations, the "basic market" of most public offerings is still relatively stable, and the consumption, new energy, medicine and other tracks are the targets of funds' heavy positions.

On the morning of June 16, the hot sectors in the early stage ebb, Hongmeng concept stocks continued to decline, lithium battery stocks weakened across the board, and the semiconductor sector rose against the trend. In the afternoon, the stock index continued its downward trend, the auto sector weakened, the Hongmeng concept stocks recovered, and the securities companies rose against the trend. Overall, the market has strong risk aversion yesterday, with individual stocks falling more and rising less, and the profit-making effect is poor. 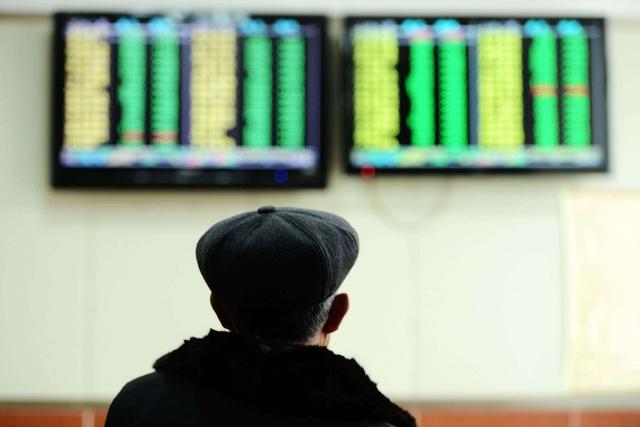 In fact, since June, the A-share market has been volatile, and the hot sectors are relatively scattered.

Ping An Securities summarized its mid-year market views with a "Song of Ice and Fire". Ping An Securities believes that the market is expected to fluctuate upward in the second half of the year, and it needs to lay out growth opportunities. In the second half of the year, the continued favorable policies and capital levels are expected to bring about an increase in risk appetite. It is recommended to focus on new energy vehicles, semiconductors, new chemical materials, biomedicine and other industries.

(Subtitle) No need for large-scale adjustment

In fact, the views of this fund manager represent the thinking of most fund managers in the market. A reporter from China Securities Journal learned that although the market has experienced shocks and corrections recently, the "basic market" of public offerings has not changed. "High-end consumption, new energy and pharmaceutical industries are still the basic directions of investment, and pro-cyclical and other low-valued sectors are also important allocation directions. At present, there is no need to significantly adjust positions to avoid risks." A fund manager of a Shanghai fund company said.

In his view, what needs to be done at present is only the adjustment of local positions, the configuration positions remain basically unchanged, and the game positions need to be flexible. The allocation-type position is to make rational money in the market for a long time, and the opportunity with growth support becomes the core allocation, and the opportunity brought by the short-term market decline is the game-type position that needs to be captured. However, according to him, in the recent changes in the net value of fund products, the allocation-type positions have brought a certain degree of profit-taking; in terms of game-type positions, the overall difficulty of making money is also relatively large.

A fund manager in Beijing told the China Securities Journal: "Recently, the positions have indeed been adjusted a little. Generally speaking, the actively reduced positions are around 5%-10%, and these positions are used for periodic risk aversion. Follow-up For the vacated positions, we still need to look for some high-quality opportunities that have been killed by mistake." The scale of fund products managed by the fund manager is at a medium level. Previously, the stock positions were relatively high, and the recent changes in positions are small-step adjustments.

Some fund institutions have recently suggested that investors need to be cautious about market opportunities in the next stage.

On the last day of the Dragon Boat Festival holiday, Lu Bin, the performance champion of common stock funds in 2020, said in a letter to investors that the structural opportunities of industries and individual stocks that have been overlooked by the market in the past few years have not changed in the past few months. The outperformance was outstanding and the valuation was significantly repaired. Looking forward to the second half of the year, Lu Bin said that he would adopt a relatively cautious strategy.

Huabao Fund pointed out that the market has strong expectations for the bull market, and the short-term risk appetite has experienced a rapid increase. However, in the medium term, risks such as the tightening of the liquidity margin and the phased strengthening of the U.S. dollar are difficult to relieve, so it is best to respond with a market-shaking strategy. On the one hand, reduce the allocation of assets with high valuations when the market is overheated; on the other hand, look for varieties with lower valuations and the prosperity is still improving.

After the decline in recent days, what is the latest research and judgment of fund institutions?

Sun Bowei, executive general manager of the Debon Fund Special Account Business Department, believes that market adjustments are technical adjustments and there is no special risk point. The decline on June 16 was mainly due to the fact that high risk appetite funds tended to cash out in advance, and the current tight capital level also suppressed risk appetite. Golden Eagle Fund pointed out that, on the whole, the market correction mainly reflects concerns about liquidity at home and abroad, risk appetite has fallen, and funds are safe to choose. Looking forward to the market outlook, it is expected that A shares will remain high and volatile, with limited downside space. Cathay Pacific Fund believes that the main reason for the market adjustment is the market's concerns about the Fed's gradual reduction in the scale of asset purchases.

In terms of sector opportunities, GF Fund recommends paying attention to sub-high-end liquor, which continues to be at a high level, new energy vehicles with increased sales and production schedules, photovoltaics that are about to enter the peak season of installations, and coal and other industries with a serious mismatch between supply and demand. In the short term, Furong Fund recommends moderately controlling the investment rhythm. It is optimistic about low-valued banks and some cyclical leaders. The growth of medium and long-term performance is still the core main line. SPDB-AXA Fund believes that good companies will still achieve intrinsic value growth through cycles, such as consumption, medicine, technology, and new energy industries; in addition, periodic attention can be paid to the midstream where the pressure on raw materials costs will be significantly eased after PPI growth peaks. Manufacturing sector, such as household appliances, automobiles, power equipment and other industries.